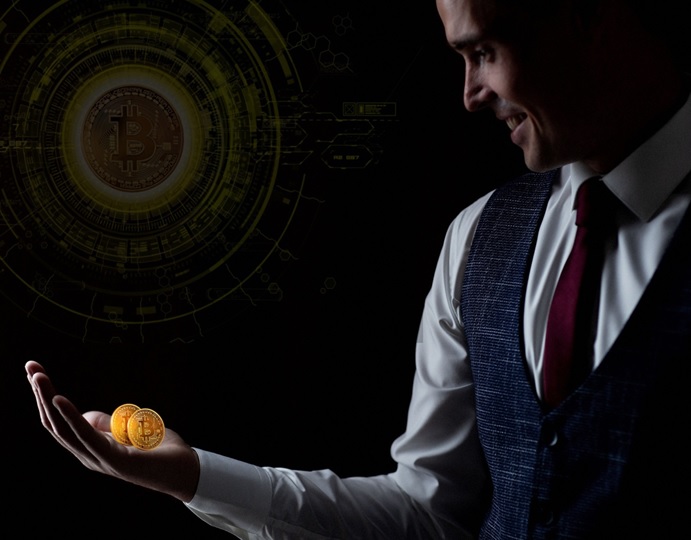 AirTM, a Latin American exchange for digital currencies and dollars, is distributing $ 18 million confiscated by the US government from Venezuelan leader Nicolas Maduro among 62,000 Venezuelan healthcare workers. Bitcoin and other cryptocurrencies are apparently already an integral part of Venezuela’s financial infrastructure.

“An absolutely unbelievable story from Venezuela,” tweeted data analyst Matt Ahlborg, “AirTM, a digital exchange supported by Coinbase Currencies, was chosen to distribute $ 18 million confiscated by the US government from the Maduro government among 62,000 healthcare workers in Venezuela. ”Venezuelan opposition leader Juan Guaido praised AirTM after the P2P Exchange announced plans to distribute digital dollars in a censorship-resistant manner.

AirTM is one of the glimmers of hope in the ailing financial system of hyperinflation-ridden Venezuela, which would never have existed without Bitcoin and other cryptocurrencies . You could call it a kind of bridge between crypto and dollar for Venezuelans. According to the company’s own description, “Hundreds of thousands of Venezuelan individuals and companies have been using the US dollar-denominated AirTM e-wallets and the P2P network since 2015 to maintain their prosperity: To save in dollars, to receive money for online work and to make cross-border payments.”AirTM is” one of the last reliable and free financial providers in Venezuela who helps Venezuelans by connecting them with generous individuals, companies and organizations of the crypto community. “AirTM allows users to exchange Venezuelan bolivars or a wide variety of cryptocurrencies Exchange dollars.

It is true that the funds seized by the US government are to be distributed in digital dollars. However, cryptocurrencies are “an essential part of AirTM’s unique dollar wallet connected to blockchain and banks – our network would not work without Bitcoin and other onchain assets that can jump across borders.” You can get acquainted with the world of crypto in more detail here https://bitcoindata.org/the-world-of-crypto/ and understand what you can do with this next in order to get personal benefit.

That’s probably why The large US exchange Coinbase has also invested in the startup. It is not known how much dollars Coinbase invested; AirTM had previously received an investment of seven million dollars under the direction of the Berlin-based fund Blue Yards Capital. In the crypto scene, AirTM could be known for the #AirdropVenezuela: The exchange has called on the crypto scene to make donations in order to distribute them to registered users from Venezuela. The Airdrop raised donations totaling a good 300,000 dollars, which AirTM passed on to 60,000 users. At the forefront was Bitcoin Cash, presumably through a generous donation from Roger Ver and his Bitcoin.com. In contrast to this, Zcash donated only a few thousand dollars to ZEC, by the way, despite a high-profile partnership.

President Maduro, of course, is not particularly pleased that AirTM is distributing the money he no longer has to health care workers who are barely getting paid due to his mismanagement. As the Spanish edition of CoinTelegraph reports, the government promptly blocked web access to AirTM, directly at the DNS level of the provider. Such blockades are nothing new for the Mexico-based P2P exchange with its numerous, decentralized agents. Even when AirTM used a dollar exchange rate that was not in line with the official government rates, but was based on the black market, the government imposed a blockade. The exchange is now trying to break the blockade by teaching users how to bypass it using Virtual Private Networks (VPNs).

Bitcoin and other cryptocurrencies have already become far in Venezuela widely used financial instrument. Under the pressure of the long-collapsed Bolivar currency, an increasingly dictatorial regime in the wake of financial hardship, and increasingly surreal official price rates and capital controls, more and more Venezuelans are turning to Bitcoin and other currencies. On the one hand to earn money, for example through mining or online jobs, on the other hand to keep your money safe. A short study by Ahlborg in the spring shows how far this effect already goes.

The analyst observed the consequences of a power failure in Venezuela on trading activity on the Local Bitcoins P2P exchange. Of course, the volume on the Venezuelan stock exchange collapsed when the power went out. That’s no surprise. “The story takes an interesting turn when we look at the activity of other Latin American currencies.” All other Latin American currencies, the Colombian, Mexican, Chilean peso, the Peruvian sol, even the US dollar – all of them collapsed in volume on LocalBitcoins as well.

According to Ahlborg, Bitcoin is used in Latin America “as a bridge currency between fiat currencies to transport values ​​to and from Venezuela.” Often this happens through the many migrants who Have left Venezuela in the past few years trying, for example, to move their assets abroad or to send money from abroad to their relatives without getting caught up in capital controls. Each transfer requires two trades on LocalBitcoins: For example, the purchase of bitcoins by the bolivar, and then the sale of bitcoins for a Colombian peso. Therefore, when the lights go out in Venezuela, Bitcoin trading in all of Latin America collapses.

So that is how far Bitcoin has burned itself into the Latin American financial system around Venezuela – to the point that even the US government apparently cannot find a more reliable partner in the distribution of confiscated funds than an exchange based on cryptocurrencies.

Bitcoin’s global acceptance is one reason you should invest in bitcoin instantly.

Bitcoin is establishing itself as the single currency of cyber criminals in the EU.

Private venture Financing – What Are Your Alternatives?

Snappy Guide On Financing Your Business

How To Sell a House Fast With GoodMove

Letters of Note: How Intimate Writings Tell the True Story...

Concussion in Football, Volleyball, Are Increasing in Women’s Sports, Study...

Why Should Outdoor Blinds Be Your Next Purchase?